The NFL and NCAA football seasons are fantastic opportunities for sports bettors. Every year football fans turn out to the sportsbooks in droves. Despite fewer games than other sports, football generates a majority of sportsbooks’ cash. Over 45 million Americans bet on NFL games each year.

When you factor in the college games, football is the far and away leader for sports bettors. The growing popularity of sports betting is drawing new gamblers. Sticking to a specific sport will help flatten the learning curve.

It stands to reason that the most popular sport among fans would also be most popular with bettors. That’s true in the U.S. and markets across the globe.

During the NFL season, all other sports become almost an afterthought.

The early season for the NHL and NBA are forced to compete with football. It’s a battle they know they’ll lose. Football ratings are through the roof. It makes zero difference what day of the week the games are played on; football gets viewers.

Gathering in stadiums, homes, and bars on Saturdays and Sundays has become a tradition. You can go ahead and add sportsbooks to the list of usual places to enjoy football. The Super Bowl is the far and away most wagered on sports event of the year. The “Big Game” is the type of event that draws first-time sports bettors to the action.

Many of those football fans become recreational gamblers. The annual influx of new sports bettors helps drive football into the number one spot.

One major benefit that football holds is the ease of entry. Most sports fans have a well-established knowledge of the game.

That knowledge allows gamblers to break into the sports betting market more confidently. The NFL and NCAA football have a loyal fanbase. If you’re a rookie sports bettor, you’re going to lose. In the early stages of a sports bettor’s career, losses can add up quickly.

Having a base knowledge of the league you’re betting on will improve your early results.

You’ll probably still take an overall loss, but your bankroll will take a minor hit. Don’t assume that you’ll always be destined to lose; winning can be achieved. Still, it’s rough going in the early phases. Because many novice gamblers are also football fans, it’s easy to see why football is so popular.

Fantasy football is insanely popular in the United States. The daily fantasy sports market is booming. Many of the top facilitators operate in the billions of dollars. There is a correlation between fantasy sports and football’s popularity.

Millions of Americans play fantasy football. Surprisingly, not all of these participants are avid football fans. Some fantasy players merely want to be a part of the pool. These leagues are as much about pride as they are about money.

Yet, a large portion of these fantasy players wants to branch out and take a shot at winning bigger prizes. Aspiring gamblers can accomplish that through daily fantasy sports. That’s precisely what has taken place in DFS. The success of football has driven the industry to expand to other sports.

A significant contributor to football’s success in sports betting markets is the competition. The other major sports lack the flair that football has. College football rivalries are some of the greatest in all of the sports. That adds a tremendous amount of drama to these games.

The stakes are raised when the teams are both ranked in the Top 25. It’s not unusual to see the rivalry games have severe implications in the CFP race. There’s an absurd amount of pressure that college football puts on teams.

A blowout upset in the NFL typically doesn’t make an impact on the playoffs. One slip in the college ranks, and it’s a wrap. That makes every game critical. You’ll never have that flair in sports with an 82-game season.

There’s a Wealth of Information for Bettors

That makes betting on football much easier to navigate. When recreational gamblers have insider information, they’re more likely to make bets. It makes little difference how good or bad their data is.

Football one the collegiate and professional level is as popular as it’s ever been. That popularity isn’t reserved for the television audience.

Sportsbooks are near capacity whenever there’s football to bet on. The 9 reasons football dominates sports betting markets make the choice clear. Recreational and veteran sports bettors get a huge value in football. The Most Popular Sports to Bet On 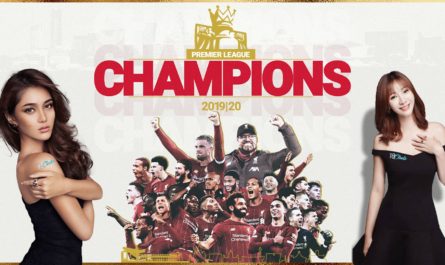