Live casino solutions provider Evolution Gaming has launched a version of ancient Asian bead game Fan Tan, to be run out of its live casino studio.

This is a very popular casino game played in many Asian casinos. As live dealer games continue to become a global affair, Evolution seeks to diversify their offering. In this article, we will explain how Fan Tan Live is played, what payouts you can expect and if it has any special features.

At first glance, Fan Tan can seem quite intimidating. However, similar to Evolution’s Gonzo’s Treasure Hunt Live, players will quickly get the hang of things. Each round begins with the host drawing a random number of beads from glass dome with a metal cup. These beads are placed at the centre of the table. The dealer will then use a special stick to start separating beads into groups of four.

The goal of Fan Tan Live is to predict how many beads will remain in the last group. There can be one, two, three or four beads. People who correctly predicted the number of beads receive a cash prize. When the round is over, the host drags all the beads back under the glass dome. When the next round starts, the same process is repeated. If you play with Evolution’s standard mode, Fan Tan Live is quite straightforward.

The RTP for this game is 98.75%. This places it above many of Evolution’s new game shows. With such an RTP, it joins the ranks of baccarat and blackjack as a high RTP casino game. Fan Tan Live even has a lower house edge than European Roulette, which is a staple live casino game.

In standard mode, players can place three types of bets. The main bet, also referred to as a Fan Bet, is predicting the number of remaining beads. Pick the number that corresponds to the number of beads you think will remain. If you choose the right number, you win a 2.85:1 cash prize.

Toggling advanced mode unlocks additional bets. One of these wagers is a Nim bet. Nim bets cover two numbers. If the first number is drawn, you win. If the second one appears, it results in a push. In a 2 Nim 4 bet, the number two would produce a win, and the number four would push. Nim bets pay 1.9:1.

Kwok bets cover two numbers, and both of them result in a win if drawn. However, this decreases the payout to 0.95:1. This is the same payout as big/small and odd/even bets, since the odds of winning are the same.

The last type of wager you can play is the Sheh-sam-hong bet, or the Ssh bet. Ssh bets cover three numbers, and all three numbers award a payout. The cash prize for winning an Ssh bet is 0.316667:1.

Once you get the hang of Fan Tan Live, it is difficult to stop playing. With a high RTP and multiple bet options, we feel it has the potential to become a live casino mainstay. If you are unsure on whether to play this game, we recommend trying it out. It might just become your new favourite casino release!

How to Win at Roulette 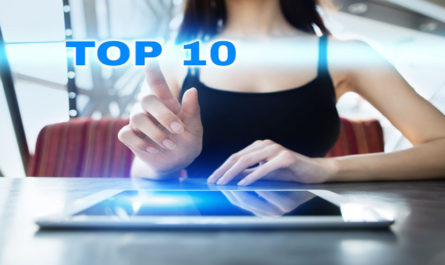 WHAT MAKES A GOOD BLACKJACK PLAYER?